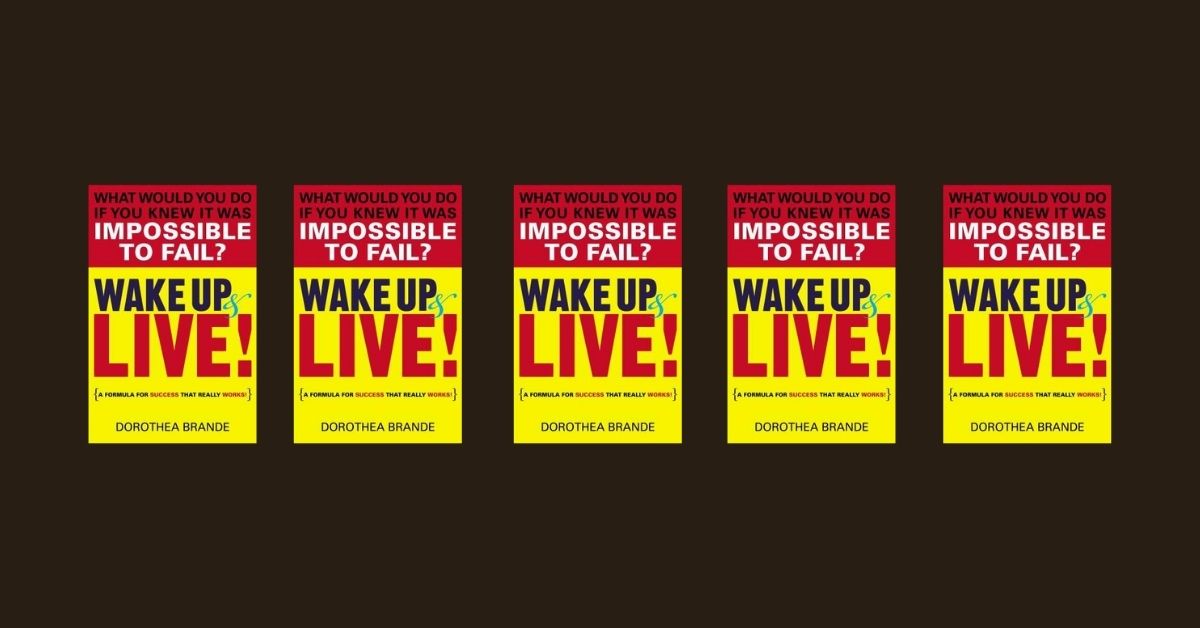 The cover of this little self-help book, first published in 1936, says {A formula for success that really works!} Or, “What would you do if you knew it was impossible to fail?”

The premise is that we fail (or don’t reach our potential) because we’re always second-guessing ourselves. We might be busy, but that doesn’t mean we’re doing anything worthwhile.

Nor does she mince words. Victims of the Will to Fail include long sleepers, solitaire-players, pathological bookworms, heavy drinkers, relentless movie-goers, embroiderers and knitters, aimless conversationalists, eternal course-takers and Universal Charmers. Brande says these “fritterers and players and drudging workers are  bent mainly on deceiving themselves, on filling every nook and cranny of their waking hours so that there is no spot where a suspicion of futility can leak through.” Ouch!

And the cure is….

So what’s the cure for the Will to Fail? Acting with precision and self-confidence. Inhibit your memory of previous failures. Act as if it were impossible to fail. Your capacity for success, your relevant aptitudes, will blossom. Your energy will skyrocket. You will find the “tone of success” in small things at first. “From there it is only a step to finding the courage to begin to do the major things which you have wanted and hoped to do.”

Case in point: the stenographer of Brande’s original manuscript “was so impressed by what she was typing, that she quit her job, went into business for herself, and in two months owned her own agency, employing three girls to help her.”

It’s easy to chuckle at Brande’s advice, but this book is still being published and read for a reason. It’s short, it’s fun to read, and it’s got good advice.