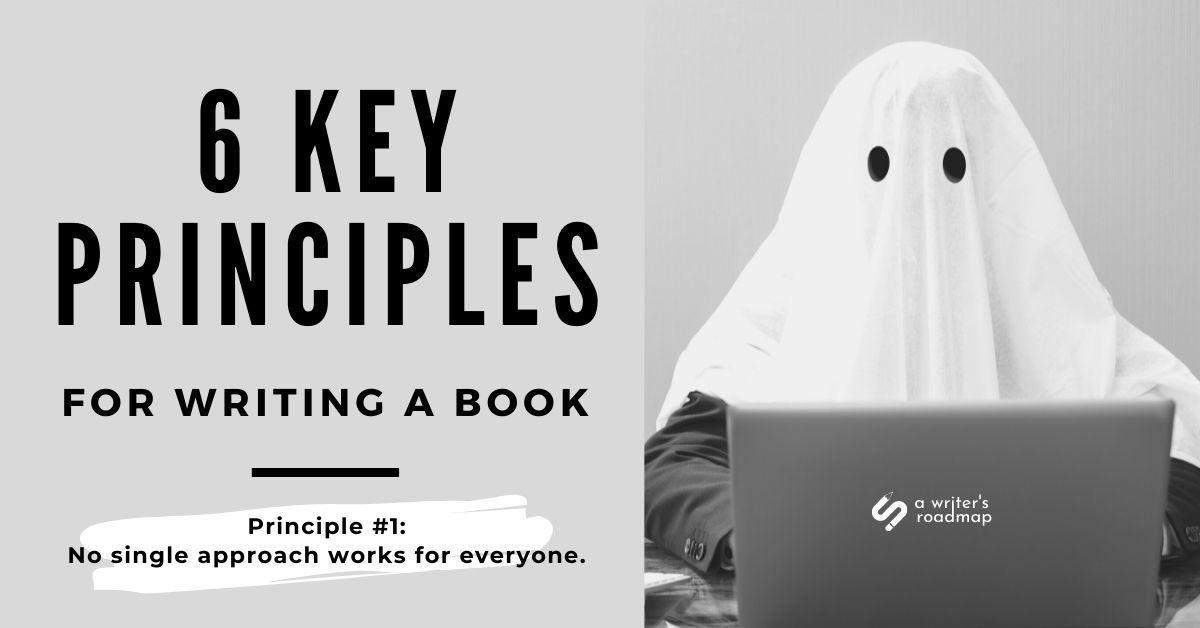 “There are three rules for writing the novel. Unfortunately, no one knows what they are.”

I hope this quote from a guy who wrote tons of books has broken the ice and revealed that any article about “6 key principles” should be viewed with suspicion.

However. From years of writing books and working with people who write books, I am prepared to stand behind the six principles above. They are as close to the truth about writing as I can get. I will die on that hill!

Note: Some of these ideas came from a book about alcoholism. I have forgotten the title, unfortunately. For 15+ years, starting in my late teens, I read up on alcoholism. Nonfiction, fiction, memoir, essay–all the forms. Poetry? I’m not sure. This reading was partly because so many of my stories featured alcoholics and I wanted to understand their behavior. Also because I do love a dry martini, and I wanted to understand my own behavior.

Let’s move on. This begins a series of six blog posts on the key principles.

Principle #1: No Single Approach Works for Everyone

This boils down to the words of the Oracle at Delphi: Know Thyself

Knowing yourself around writing is an ongoing process.

The first step is observation.

See where you’re at. Actually see your own behavior. How often do you write? How much writing do you do when you do write? Is it hard to get going, or hard to stop?

Don’t judge yourself, just observe. It’s like tracking an animal—you want to see where it hangs out. That animal is your writing self.

Know thyself doesn’t mean thinking about yourself all the time.

Self-referential thoughts are usually about the past or the future, the things you did or didn’t do, should or shouldn’t have done, are going to or would like to do, don’t want to do, are worried about. That’s not how you know yourself.

By know yourself, I mean know how you work. Think about things other than yourself. Look at yourself from an objective viewpoint and see what makes you tick.

Are you in workshops all the time, talking about what you’re going to write, going over the same fifteen pages with new faces? Tweaking between workshops?

Are you watching Netflix to study narrative structure while the computer and notebook lie untouched except to take notes and make plans and journal or blog about writer’s block and submission angst?

You might even bring in the want and obstacle thing. This is a hoary old (and extremely effective) way for fiction writers to create good scenes and improve their story engines. Just as stories are driven by a character’s wants and the obstacles that lie in front of them, so are yours.

Defining your own wants and obstacles is a very good way to problem-solve. Let’s say you want to write more. Maybe the obstacle is that you work full time and you’re tired when you get home. Once you define the obstacle you can start problem-solving, because that’s how human minds work.

And in fact if there are people you trust, who aren’t likely to interfere with whatever you decide to do about your writing, you could define the want and obstacle to them:

YOU: “I want to write a book. Here are my obstacles: nowhere to work.”
THEM: “Oh, maybe we should carve out a piece of the furnace room!”

The fact is that (at least in my world) nobody who lives with other people has a place to write a book until they’ve done it at least once. That’s when those people start giving them credit for needing room. Stephen King wrote Carrie in the hot-water tank cubbyhole of his trailer home.

Once you define your wants and your obstacles, you can start chipping away at what needs to change.

After I got married and had nowhere to write (is that a sad thought?), I cornered off a piece of the bedroom with a bamboo screen and wrote “genius at work” on a piece of paper that I stuck to the screen. Crude but kind of convincing, at least enough for me to get through another novel.

Gain Detachment from Wants and Desires

Tell me something now: What do you want?

First think of something small, something you want today. Sit in silence and see it a few feet away from you. What is it? A cup of coffee, a finished book, a full body massage?

See it, and then think about who’s seeing it. Did you even know you wanted that? Or was it underneath your conscious experience?

Now think of something bigger, maybe an ambition. It could be something you’ve wanted for years. To be successful. To win a prize. To lose 100 pounds. To finish a book. You might have known you wanted it, or you might not have known…but now you know. See it from a few feet away and think about who’s seeing it now. This can be a tremendously clarifying step.

Now a thought experiment comes along. Think about who you’d be if you satisfied or achieved those wants, either today or in the past. Would your life be different? Would you be different?

This exercise is from the man with the velvet voice, Michael Sealey, whose meditations and sleep hypnosis stuff are very cool. Here’s a link to the meditation on Youtube for those who like that kind of thing, which includes me.

The simplest and least invasive approach is frequently the best.

If you don’t want to miss this KEY PRINCIPLE, consider signing up for my newsletter below. I try to put stuff on social media but to be honest, it’s hit and miss because that’s not my natural habitat. It’s probably not anyone’s natural habitat, but I digress.