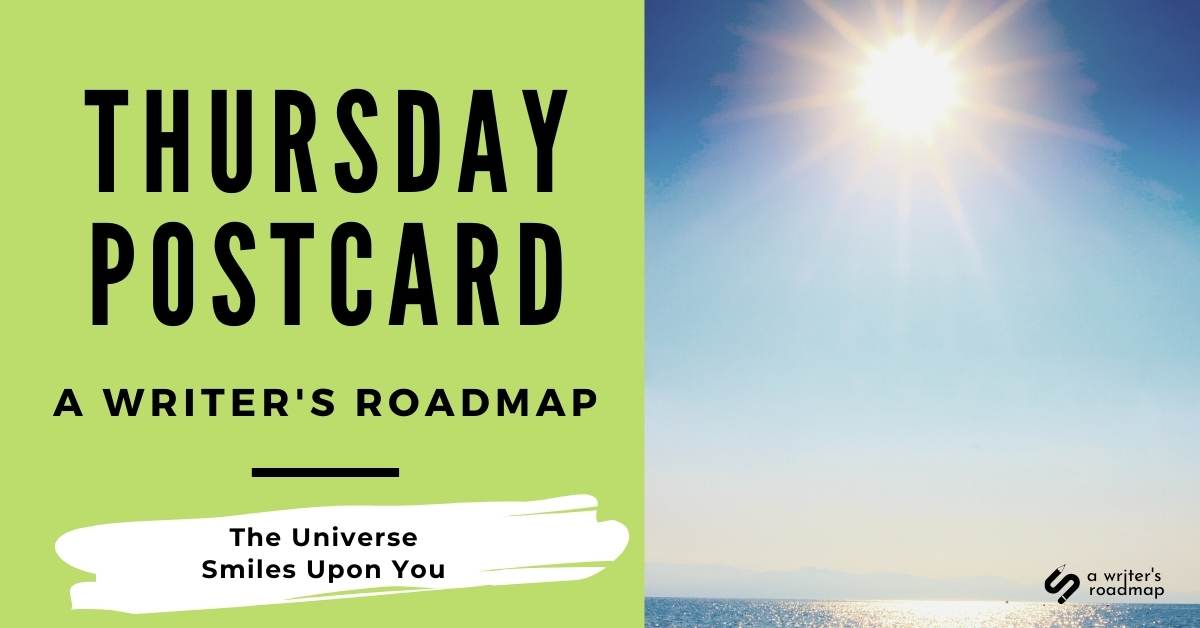 We can’t know the future. We don’t even know when we’re going to die.

Everything we do is founded on the pure conjecture that there will be a tomorrow.

Yet here is something I’ve learned from years of writing and working with writers: If you’re at the stage of trying to decide what writing project to focus on, think about whether it will change your life five years from now.

Paradox and contradiction! If we have no idea what the future holds, how can we know whether a project will change our lives?

We can know because every creative project changes our lives. The unknown part is how.

According to Christian Busch, PhD, who wrote an entire book on serendipity, it’s “the art and science of creating good luck.” Merriam-Webster says it’s “the faculty or phenomenon of finding valuable or agreeable things not sought for.”

Personally, I think serendipity is about being able to connect with facets of your experience that aren’t obvious, so you can work with the flow rather than inadvertently pushing against it. Not just when you’re actually writing but in every aspect of your writing life, from concept to publication.

Are you writing, or thinking about writing, a novel, a memoir, a how-to book, a self-help book, a short story, or a year’s worth of weekly blog posts (like my friend Amy Phillips did in 2019)? Or maybe you’re starting a business, or changing the one you already have.

Here’s what I’ve learned about serendipity and projects like that:

First, accept the fact that the project will change your life in ways that you can’t see from here except in the most general terms.

Then, if you have more than one project in mind, listen to your intuition. Does a particular project light you up? Does it feel just on the edge of your capabilities? Will you have to learn some new skills or hone ones you already have?

Finally, reflect on the things you’ve done in the past that have led somewhere unexpected (or even expected, but in a different way than you imagined). What have you embarked on, without knowing where it would lead, that led to somewhere you loved being? Things that later seemed serendipitous in the extreme?

In my life, projects that triggered serendipitous outcomes have included:

Those are just a few examples, all related to writing. I have tons more from life in general, and I bet you do too.

You can’t create the conditions for serendipity if you don’t create anything. Serendipity begins with creating stuff and putting it out there.

Did you know that dreaming can stop you from doing? Kazu Kibuishi, creator of the best-selling Amulet graphic novels, calls it an idea debt. Having to do this idea you wanted to achieve can get in the way of actually doing it. Kibuishi says do it in the moment, or not at all.

You can act your way into thinking differently a lot easier than you can think your way into acting differently. That’s why AA says “one day at a time.” If an avowed alcoholic is sober for a string of days, weeks, months, and years, it starts to emerge as the new reality.

Maybe you’ve already started creating something, or are just finishing up. If so, great. That’s the first step to a serendipitous outcome.

If the project ends up tanking, the serendipitous part might be that you learned something about yourself or the world.

Even the act of creating moves us, but that’s just one step. Keep going with whatever you’re doing until it’s out in the world. Life is full of unseen forces lifting us up.

What’s triggered serendipity in your life? Hit reply and let me know–I love your emails!

Pat
p.s. AWritersRoadmap.com is getting an overhaul! So in lieu of a link to the most recent blog post I bring you an update on my Pleasure Journal project, below.

In a previous Thursday Postcard I pondered resistance and the paradoxical effect of NaNoWriMo on writers like me. I don’t like peer pressure, especially from myself.

This year, my resistance went sideways in a whole new way. Instead of writing the novel, I started fooling around with making a journal.

The graphic above shows my progress. I’m awaiting the proof so I can test drive it and check for errors.

I feel that the proof will be proof that even major resistance can lead to something cool!