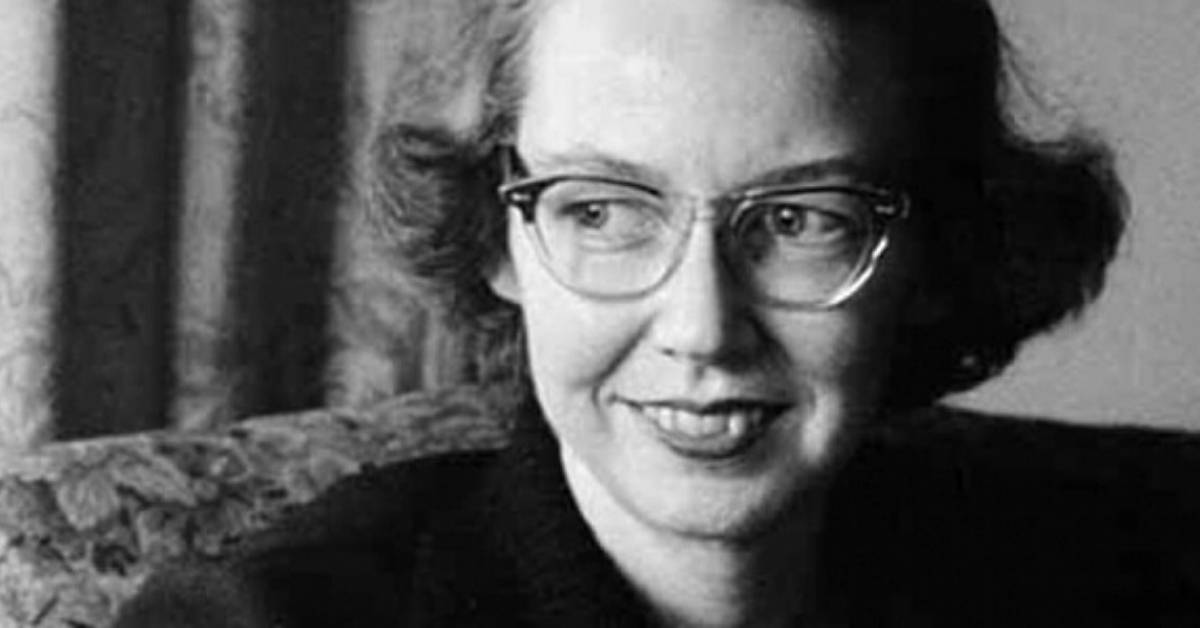 A geek-fest on POV in Flannery O’Connor’s WISE BLOOD.

I’ve read a lot of books and I plan to read a lot more, and what I want from each book is to feel interested in the characters.

I don’t need to like them, or feel similar to them. I just need to care about what they think or do.

Flannery O’Connor, if you haven’t read her work, is an American novelist who produced an impressive body of work in her short life (she died at 39). One of my writing mentors recommended reading her short stories as a way to learn about form. But always hungry for novels, I ended up analyzing one of her two novels, Wise Blood.

Hazel Motes, the protagonist of Wise Blood, held my interest for most of the book. Although he is both unpleasant and mentally ill, I wanted to keep going, right up until the last chapter of the novel. Then I stopped caring.

Oh boy! Who wants to get that far in and then not care if they finish the book?

I did finish it, because I was reading it for school. But privately I tried to figure out what sent my reading experience sideways, and I came to the conclusion that the issue had a lot to do with point of view.

For most of the book, we move from Hazel’s head to other characters’ heads and sometimes to an unnamed narrator, what James Wood in the excellent craft book, How Fiction Works calls “free indirect” style, a type of third-person omniscience that bends around the character’s ways of thinking. Flannery O’Connor, in a letter about Wise Blood, called it omniscience.

In the first chapter of Wise Blood, Hazel Motes is on a train, and he’s vulnerable. He is jumping out of his skin, he’s obsessed with the porter, he gets bullied in the dining car and has an attack of claustrophobia in his sleeping bunk. Finally, he steps off the train for some fresh air and gets left behind.

Motes is not successful at the simple operation of taking the train. He does, however, have a single-minded determination to do what he wants, and this made me want to find out what would happen as his desires collided with his weirdness and incompetence.

I found the inside of Hazel’s head disturbing–he’s not exactly fun to read. But when seen through other characters’ perceptions he becomes more sympathetic. A woman on the train observes that “He looked as if he were held by a rope caught in the middle of his back and attached to the train ceiling.” From her perspective he’s like a puppet, or a victim of circumstance, being directed by forces he can’t see or understand.

After the train ride Hazel blunders his way through buying a broken-down car, preaching about his new religion, alienating and harassing people, attracting weirdos. Through all of this, POV shifts maintain some kind of balance, with frequent glimpses inside Hazel’s head, although we do spend increasing amounts of time with other characters, like Enoch Emery, Sabbath Hawks and Hoover Shoats.

But after Hazel [SPOILER ALERT] kills the other prophet, these illuminating glimpses into his mind stop. The final chapter, from Motes’ decision to blind himself through to his death in a squad car, is from his landlady’s POV.

O’Connor wrote about Wise Blood “The failure of the novel seems to be that he is not believable enough as a human being to make his blinding himself believable for the reasons that he did it. For the things that I want them to do, my characters apparently will have to seem twice as human as humans.”

I shouldn’t contradict O’Connor about her own writing, should I? But I’m going to make an observation here. I don’t think the problem is that Hazel Motes is any less believable after he blinds himself. I think the problem lies more in the reader’s total removal, at the end, from his point of view.